POTELIGEO was developed with proprietary POTELLIGENT® technology that enhances ADCC by removing fucose from the mAb’s Fc receptor region through a process called defucosylation.1,14 Defucosylation increases binding affinity to effector cells, which may increase ADCC activity by up to 100-fold compared with conventionally fucosylated mAbs.14-18 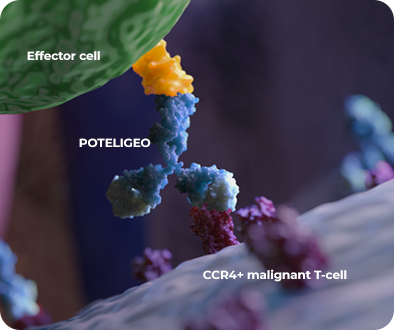 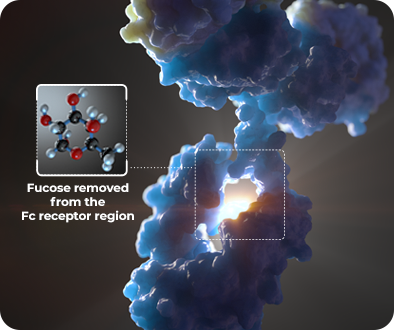 View the mechanism of action of POTELIGEO

Previous: About MF & SS
Up next: For prescribing & reimbursement
POTELIGEO is indicated for the treatment of adult patients with relapsed or refractory mycosis fungoides (MF) or Sézary syndrome (SS) after at least one prior systemic therapy.

This website is intended for
healthcare providers in the US

Please provide your information below and the appropriate representative from Kyowa Kirin will get back to you as soon as possible.

We will send you the latest updates about POTELIGEO® (mogamulizumab-kpkc), as well as helpful information for you, your staff, and your patients.